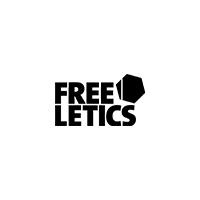 Freeletics is driven by the vision of helping everyone to become the best version of themselves, both physically and mentally. The Freeletics apps offer the tools necessary to achieve this. Founded in June 2013, Freeletics now has over 15 million users in more than 160 countries and is one of the most successful fitness movements in the world. The Freeletics headquarters, located in Munich, Germany, is home to more than 140 passionate employees who live the product and strive to grow the movement.

The founders of Freeletics not only share a passion for health and sports, but also a common vision. They strongly believe that every individual in the world has the potential to shape their life, reach their goals and become the greatest version of themselves. They are also convinced that a high level of physical and mental strength plays a decisive role in this process: training the body also trains the mind. In just over three years and with the help of a passionate team, these three young Munich locals turned the Freeletics startup into a leading brand in the digital fitness industry. Since its inception, the Freeletics Bodyweight app has revolutionized the fitness industry, once dominated by stationary gyms: train anytime, anywhere, with a personal trainer in your pocket and no equipment needed.

To offer more ways for people to develop themselves and become their best version, two more training apps were launched in 2016: Freeletics Running and Freeletics Gym – both of which offer a revolutionary take on their own fitness genres. To round off the Freeletics lifestyle, 2016 also brought with it the launch of Freeletics Nutrition, an app which which established itself as the answer to the frustration and uncertainty around diets and calorie counting.

Outside of the digital world, the startup also launched Freeletics Wear, an apparel line inspired by the Free Athlete lifestyle. From its online shop, Freeletics Wear offers functional yet urban garments that bridge the divide between the digital and physical brand.

And the successful journey continues. Freeletics is not just an app company with lucky strikes – it’s an emerging lifestyle brand embraced all over the world. Today, over 15 million people worldwide train with Freeletics on sports grounds, in parks, at home or in the gym. They belong to one of the biggest and most motivating fitness communities in the world. They are Free Athletes.